The pre-bookings for the new 2022 Maruti Suzuki Grand Vitara SUV were already started on July 11 at a token amount of Rs 11,000. The company has said that it has already received bumper bookings before the official launch of the Grand Vitara SUV. According to the report, this figure has crossed 55000.

Maruti Suzuki Grand Vitara variant
The Grand Vitara is the flagship SUV in Maruti Suzuki’s portfolio. This will be the carmaker’s first robust hybrid product in India. The SUV will be available in 6 trims in 10 variants – Sigma, Delta, Zeta, Zeta+, Alpha and Alpha+. The 1.5-litre petrol mild hybrid powertrain producing 103 bhp power will be offered on the Sigma, Delta, Zeta and Alpha trims. All these four trims will get a standard 5-speed manual gearbox. At the same time, a 6-speed automatic transmission will be available in the Delta trim and all the above trims.

The company said that about 46 percent to 47 percent bookings for the new 2022 Maruti Suzuki Grand Vitara SUV have been done for the strong hybrid, which has been received from across the country. Maximum bookings have been done from Delhi, then Hyderabad, Pune, Mumbai and Bengaluru. 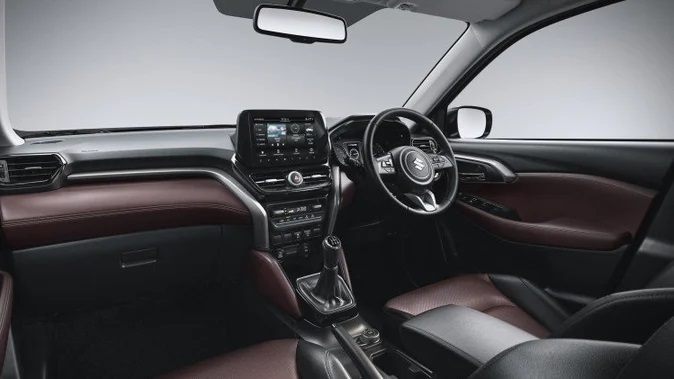 Talking about the interiors of the SUV, it has been made in a dual-tone theme of black and brown. The seats have been designed in faux black leather with champagne gold accents in the Strong Hybrid variant, while the Smart Hybrid variant will get a silver accent. The Grand Vitara is the first vehicle from Maruti Suzuki to be offered with a panoramic sunroof. It also comes with a heads-up display, wireless charger, a digital instrument cluster, 360-degree parking camera and connected car technology. Other features include ambient lighting, front ventilated seats, keyless entry, rear AC vents, a push button to start/stop the engine and a USB port. There is also a 9-inch touchscreen infotainment system that supports Android Auto and Apple CarPlay.

In the Indian market, it will compete with cars like Hyundai Creta (Hyundai Creta), Kia Seltos (Kia Seltos), Tata Harrier (Tata Harrier), MG Hector (MG Hector). Along with these, the Grand Vitara will also compete with the Toyota Urban Cruiser Hyryder, which are technically identical.