New Delhi: Actress Sonam Kapoor has shared glimpses of her son Vayu’s nursery room on social media, which is very beautiful. Sonam Kapoor and Anand Ahuja are parents to a son and both are enjoying their parenthood phase a lot. On 20 September 2022, Sonam and Anand celebrated the son’s one month anniversary. While sharing a very cute family photo, he told that he has named his son Vayu Kapoor Ahuja.

Sonam Kapoor has shared beautiful photos of her son Vayu’s room on her Instagram. Photos Vayu’s room is decorated very neatly and in a unique way. In these pictures, you can see that the jungle theme has been painted on the wall of Vayu’s room.

Before Sonam, Sanjay Kapoor’s wife Maheep Kapoor also shared a glimpse of Sonam-Anand’s son Vayu’s room. This picture is of a house in Mumbai in India. A wooden door was visible in the picture. Those who were engaged in many moisture and two big mirrors were also seen on both sides of the door. Sharing the picture was written, ‘Air Kapoor Ahuja Room #Socute’. 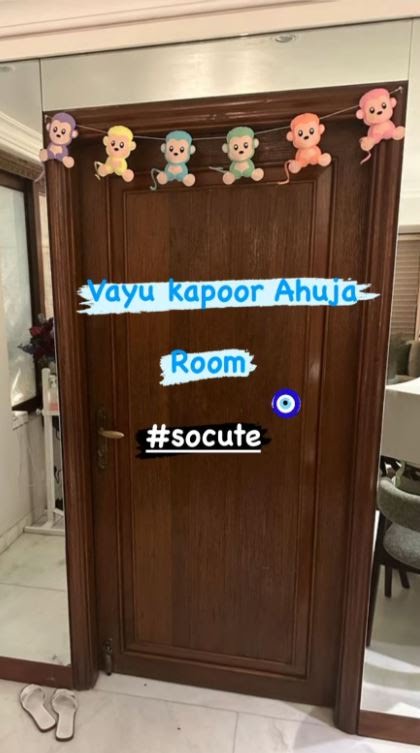 Sonam Kapoor and Anand Ahuja got married on 8 May 2018. It was the most talked about and high profile wedding of that year. After 4 years of marriage, the couple became parents of son Vayu. Sonam gave birth to a baby boy on 20 August 2022, which is named Vayu.