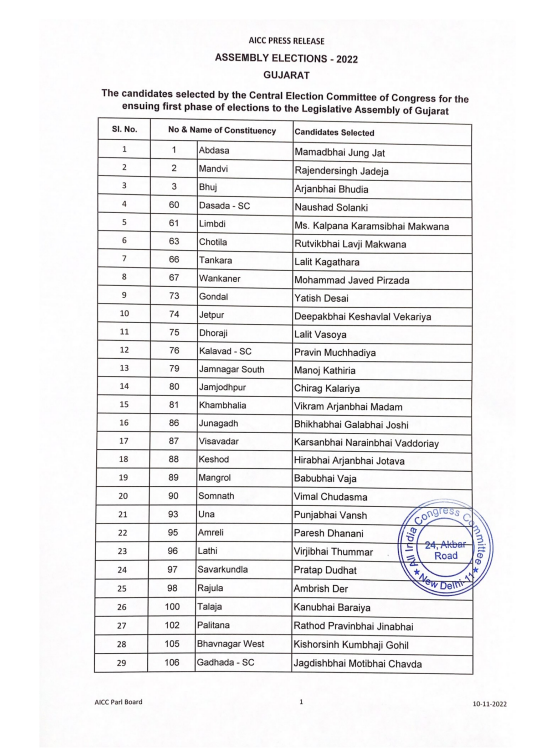 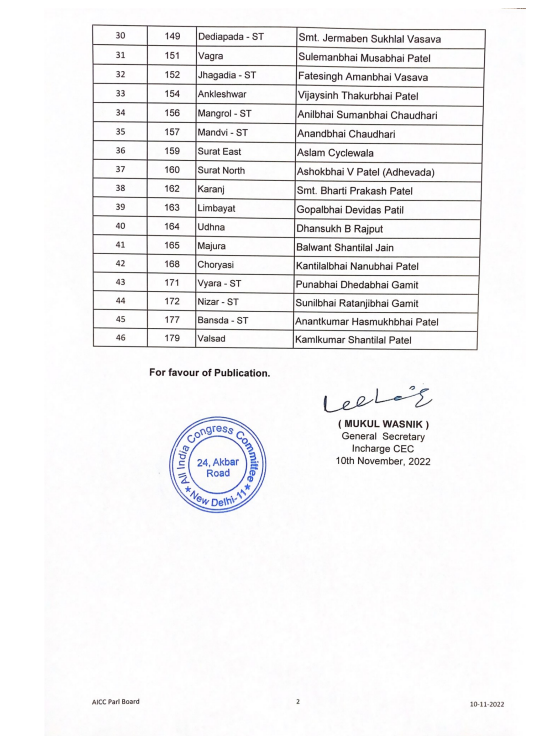 The leaders whose names are included in the second list are Arjanbhai Bhudia from Bhuj, Bhikhabhai Joshi from Junagadh, Aslam Cyclewala from Surat East, Ashokbhai Patel from Surat North and Kamal Kumar Patel from Valsad. The Congress is trying to oust the Bharatiya Janata Party (BJP) from power in PM Modi’s home state. Significantly, the BJP has been in power in the state for more than two decades.

The first list of candidates was released. In this first list released Thursday morning, 160 names were revealed. On behalf of the BJP, Chief Minister Bhupendra Patel has been given ticket from Ghattrodia. They are the current legislator from this seat. At the same time, the cricketer Ravindra Jadeja’s wife Rivaba has been given ticket to Jamnagar North. Patidar leader Hardik Patel has fielded the party from Viram.

The BJP had a meeting of the Central Election Committee on Wednesday before finalizing this list. It was attended by Prime Minister Narendra Modi, Union Home Minister Amit Shah, BJP President JP Nadda. In this meeting, the names of candidates for all the 182 seats in Gujarat were discussed.

Gujarat, which has 182 assembly seats, will go to polls in two phases on December 1 and 5. The results will come along with Himachal Pradesh on December 8.