New Delhi: TV and South’s well-known actress Hansika Motwani is in the headlines these days for her marriage. Recently news came out that the actress is now planning to settle down and is going to tie the knot by the end of this year. Now Hansika herself has lifted the curtain from the news of her marriage.

Hansika, who gained recognition as a child actress in the film Koi Mil Gaya with Hrithik Roshan, has also been a part of TV serials like Shaka Laka Boom Boom and Jis Desh Mein Nikla Hoga Chand. The news of Hansika’s marriage remains a topic of constant discussion. Meanwhile, now the actress has shared some posts on her official Instagram account on Wednesday, along with this, she has also shown the face of her partner to the fans, making the relationship official.

Actress took to Instagram to post a series of pictures including one that showed her future husband going down on a knee to propose to her in front of the Eiffel Tower in Paris. The pictures also showed the words ‘Marry Me’ made using flowers in the background during the proposal. 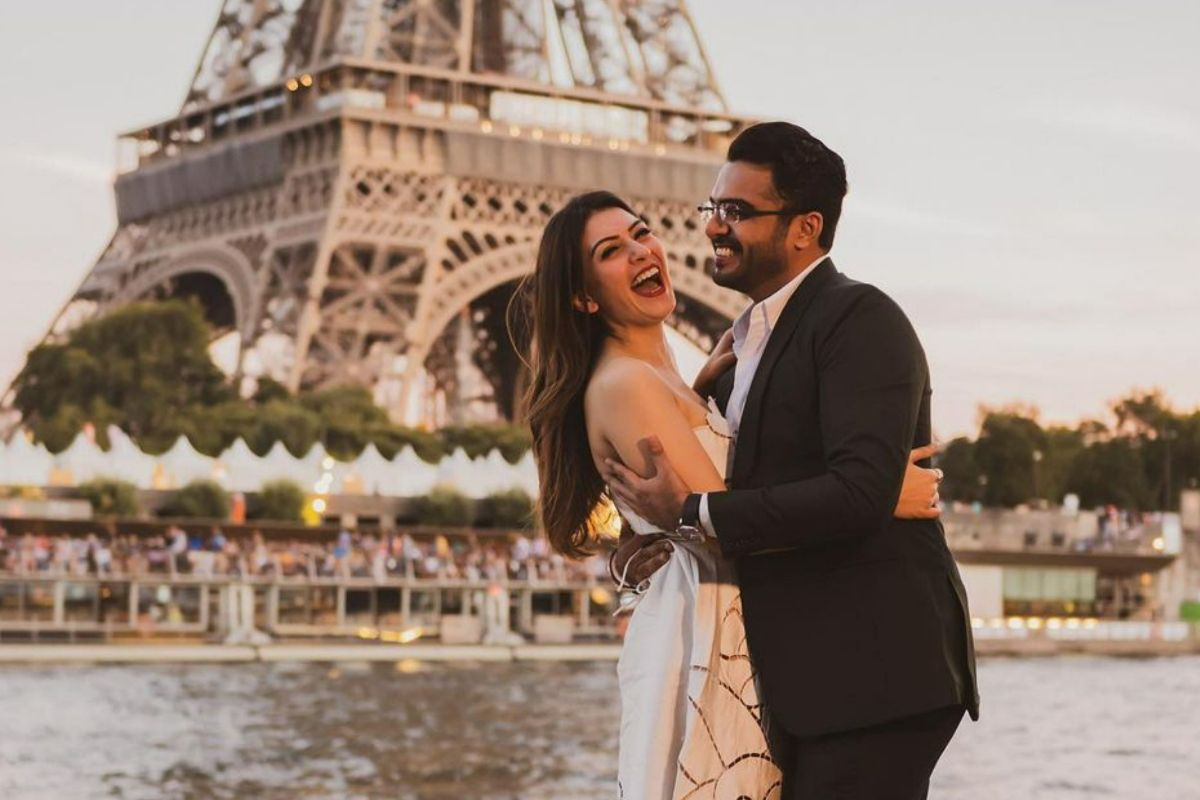 Several top celebrities have been congratulating Hansika ever since she put out the post. Actresses Anushka Shetty, Khushbu, DD, Esha Gupta, and Sriya Reddy were among those who congratulated the actress on Instagram.

Who is Sohail Kathuria?
Hansika Motwani’s longtime partner and a prosperous businessman Sohail Kathuria have been dating since a long time. Entrepreneur Sohail Kathuria owns the popular garment brand, Avant. The two have worked together on event planning in 2020. Talking about their wedding, it will take place in Mundota Fort and Palace in Jaipur, Rajasthan, on December 4. According to reports, Hansika’s pre-wedding festivities will begin on December 2. The event will kick off with a Sufi night. Mehendi and sangeet ceremonies will happen on December 3.