NASA made history early Tuesday morning. He carried out his dart mission as part of an exercise to save the Earth from the threat of asteroids around 4:45 pm. It had to change its direction by colliding with the asteroid, which was successful. This is a big success for NASA.

IMPACT SUCCESS! Watch from #DARTMIssion’s DRACO Camera, as the vending machine-sized spacecraft successfully collides with asteroid Dimorphos, which is the size of a football stadium and poses no threat to Earth. pic.twitter.com/7bXipPkjWD

The Dart mission collided with the Didymos asteroid’s moon Dimorphos. If Dimorphos changes its direction and orbit, then in the future there will be no such danger on Earth that will come towards us from space. The Dart mission’s spacecraft collided with Dimorphos at a speed of about 22,530 kilometers per hour. Just before the collision, the Dart mission also studied the atmosphere, soil, stone and structure of Dimorphos and the asteroid Didymos. Kinetic Impactor Technique was used in this mission. 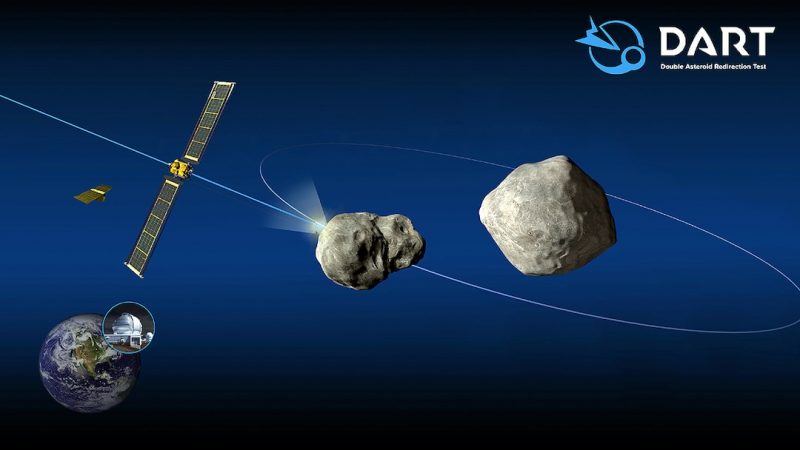 Didymos has a total diameter of 2600 feet. Dimorphos revolves around it. Its diameter is 525 feet. After the collision, the changes in the direction and speed of both the stones will be studied. NASA has recorded more than 8000 Near-Earth Objects (NEOs) around the Earth. That is, such stones that can threaten the earth. Some of these are larger than 460 feet in diameter. That is, if any one of these stones falls on the earth, then it can ruin a state of America. Falling into the sea can bring a more terrible disaster than the tsunami that hit Japan in 2011. 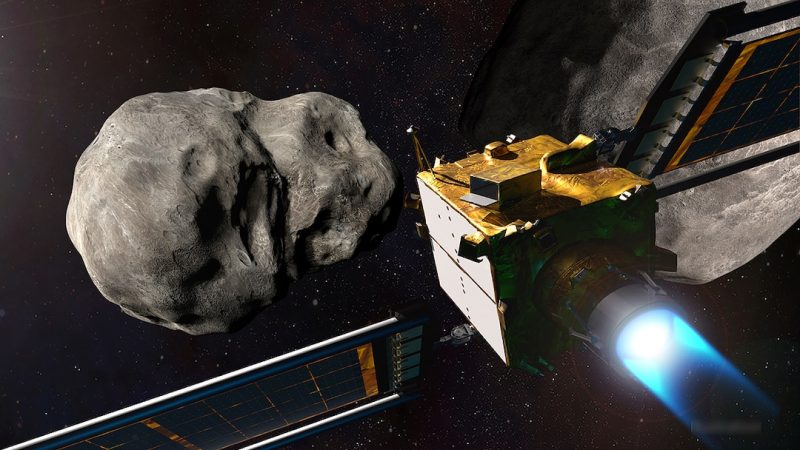 The Italian CubeSat for Imaging Asteroids (LICIACube) monitored the Dart spacecraft throughout this mission. Could not hit the spacecraft at high speed. The danger was that instead of colliding with Dimorphos, it could leave in some other direction in space. This will fail the mission. If there has been a change of one degree angle in the position of Dimorphos, that is, we will be saved from his attack.

DART, launched by a SpaceX rocket in November 2021, made most of its voyage under the guidance of NASA’s flight directors, with control handed over to an autonomous on-board navigation system in the final hours of the journey. Monday evening’s impact was monitored in near real time from the mission operations center at the Johns Hopkins University Applied Physics Laboratory (APL) in Laurel, Maryland.