In yet another shocking incident from UP where a class 10th student died after being thrashed with a rod by the teacher.

Lucknow: In yet another shocking incident from UP came to fore where 15-year-old Dalit class 10 student from Auraiya district died 19 days after being allegedly beaten mercilessly by a teacher, who is from a so-called upper caste, only because he spelt one word wrong during a class test.

Also Read :- MP: Class 5 Girl paraded with garland of shoes in hostel on suspicion of theft

The boy, Nikhit Dohre, died on Saturday night when he was being taken to a specialised hospital in the state’s Etawah district. In a complaint to the police, the boy’s father has said the teacher, Ashwini Singh, assaulted his son on September 7 with sticks, rods, and also kicked him till he fell unconscious after he spelt one word wrong during a social science test at the school.

A video shared by the boy’s family, shot on a mobile phone in the hours after the alleged assault, shows him lying on what appears to be a stretcher. His eyes appear puffed, and the boy is barely conscious. 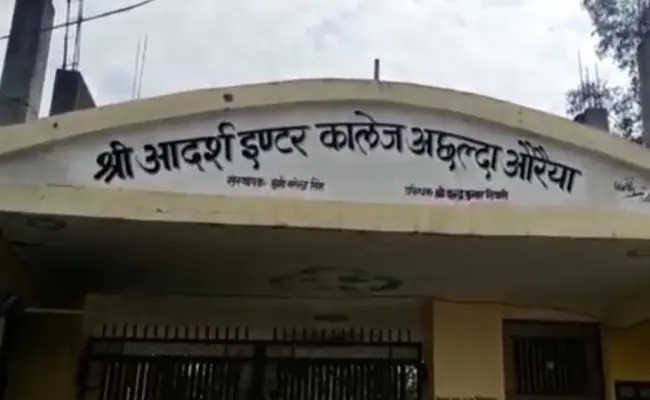 The father’s complaint further states that the teacher first gave ₹ 10,000 for the boy’s treatment and then a further ₹ 30,000 but later stopped receiving the father’s phone calls. The boy’s father says when he confronted the teacher, he was abused with casteist slurs.

“We took him to many hospitals, but he could not be saved,” the boy’s distraught father told journalists at the family’s village home.

The Uttar Pradesh police have filed a case based on the father’s complaint and say they have formed three teams to arrest the accused teacher. “We are getting a post-mortem done by a panel of doctors,” Charu Nigam, Auraiya’s police chief, said in a video statement released on Twitter. The police have included sections of the Scheduled Caste and Scheduled Tribe (Prevention of Atrocities) Act in the First Information Report, or FIR.