Actress Nayantara and filmmaker Vignesh have told good news to their fans after 4 months of marriage. Vignesh Shivan has given information about becoming his parents through a post on his social media handle, after which this news is in the headlines.

New Delhi: South Indian cinema actress Nayanthara and director Vignesh Shivan have given good news to the fans only after four months of marriage. The power couple has welcomed twin sons, the filmmaker has confirmed the news via social media. Vignesh shared the first pictures of their kids on Instagram and Twitter and gave good news to the fans. After four months of marriage, the couple welcomed their child and shared their happiness with the fans.

Sharing this news on social media, Vignesh Shivan has expressed his happiness on becoming Appa. He has shared a post and also shared loving glimpses of his children with fans. However, his children’s face is not visible in them. Coming, but the feet of the little ones are definitely visible. Responding to which many fans and celebs have congratulated Nayantara and Vignesh on becoming parents.

Nayan & Me have become Amma & Appa❤️
We are blessed with
twin baby Boys❤️❤️
All Our prayers,our ancestors’ blessings combined wit all the good manifestations made, have come 2gethr in the form Of 2 blessed babies for us❤️😇
Need all ur blessings for our
Uyir😇❤️& Ulagam😇❤️ pic.twitter.com/G3NWvVTwo9

While sharing the photo, Vignesh has also revealed the names of his children. Sharing the pictures, Vignesh wrote in the caption – ‘Nayan and I have become Amma-Abba. We have been blessed with twin baby boy. All our prayers, blessings of our ancestors, all good expressions combined, we have 2 children. We need your blessings for our Uir and Ulgam. 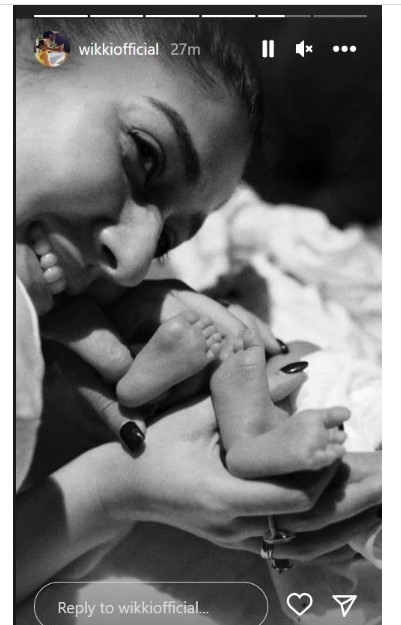 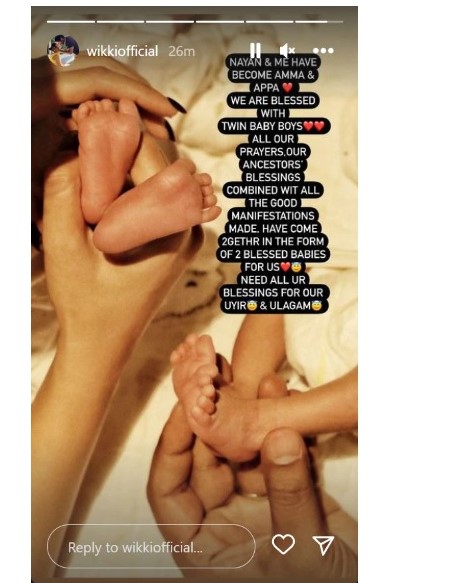 The news of Nayantara becoming a mother has also surprised some of her fans, because the actress did not let anyone hear about her pregnancy. However, a few weeks ago there were flying news that the actress is going to be a mother. But, the power couple did not put their stamp on it. Vignesh had shared a picture of himself and Nayanthara with some children, with which he wrote in the caption – ‘Some time with kids and practice for the future.’ However, in the pictures, Nayanthara is seen hiding her baby bump behind the children. It was successful and then these news also faded away.

Earlier in September, Vignesh celebrated his first birthday after marriage and Nayanthara surprised the director by organising a birthday party beneath the world-renowned Dubai landmark, Burj Khalifa.

The two fell in love while filming Naanum Rowdy Dhaan in 2015. Their wedding in June was held at the Sheraton Grand in Mahabalipuram. Shah Rukh Khan, Rajinikanth, Suriya and a large number of other celebrities, including the director Mani Ratnam, were in attendance at the wedding.